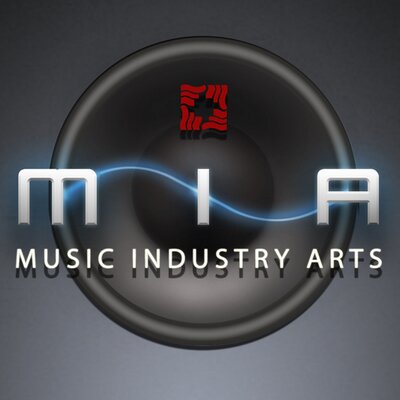 Owning Genitals for Fun and Profit

You know what I love? Tangents.

It’s not hard to tell that MIA is a male-dominated program. I’m the only girl in my class, and some classes lack females entirely. I’m pretty sure there are only six of us floating around first year, and we don’t distribute evenly.

Right off the bat I suppose I should make it clear that I’m not complaining; I don’t mind The Sausage-Fest. I find boys delightful. With their stereotypical machismo and dangly genitals, what’s not to love?

The tangent makes it’s way in when I mention the fact that my Gen-Ed course this semester is “Gender and Sexuality”, though given the thrust of most of the lectures, it should more accurately be called “Feminism and Inequality”. Don’t get me wrong, I’m not against feminism. Quite the opposite, in fact.

I myself am a feminist (no, really. I know it’s hard to tell sometimes. I’m not aggressive enough to line up with some of the stereotypes people have about feminists and feminism in general. I’ve gotten comments ranging from a simple “no you’re not” to an unendingly amusing “you’re not hairy enough to be a feminist”), but I find myself growing ever more frustrated with people I’ve subjectively termed “bad feminists”.

Bad feminism rises out of two main sources: outdated ideologies and misunderstood definitions. A simple, Google-able definition of feminism could be “the social, political, and economic equality of the sexes.” I’d always found that definition very straight-forward until I met someone who interpreted that as “perfect equality in every way, including employment percentages.” She thought that equality meant she might be edged out of her nursing program because she was a girl, and forced into a more traditionally male-dominated field just to even up the numbers. The truly worrisome part is that this tactic is already being employed against men, who can be edged out of jobs for which they are fully qualified in order to fill a quota sent down by management regarding female representation.

This is, in a word, stupid.

There are plenty of statistics out there demonstrating the fact that most people in, for example, the engineering profession are male. Some “bad feminists” would view this statistic as innately problematic. Few of them seem to take the time to find out whether or not this is representative of how many women applied for or are even interested in a career in engineering.

The numbers game is, or rather ‘should be’, over. No, we don’t have perfectly proportional representation in all aspects of the labour market, but that’s not really the issue. That’s more of a Second Wave type of goal. The Second Wave is over. We’re well into the Third Wave now, and rather than being about political or economic equality, the focus is on social elements. It’s not about men and women earning equal pay for equal labour, because in the strictest sense they do. The current “wage gap” is due to factors like men being promoted disproportionately above equally qualified women, or traditionally male-dominated industries having higher base wages than traditionally female-dominated industries. These issues aren’t about legislation, they’re about socialization.

Employers aren’t (generally) looking at resumes and deciding to hire someone based on their fun-junk, but it’s worth investigating why they favour males for executive positions. It may be a subconsciously socialized opinion that men are, generally speaking, more competent. Also, jobs that require characteristics associated with the feminine (i.e. empathy, compassion, nurturing) are generally considered deserving of less financial compensation than jobs that require more masculine characteristics (i.e. strength, bravery, stoicism).

The problem is that socialization starts early. Even in a room full of pre-school children there are gender lines. The girls are playing house while the boys are making war. I don’t think there’s necessarily anything wrong with that, nor do I believe that male and female children, devoid of external socialization, would all play the same games. The problem isn’t the difference, it’s the value placed on that difference. It’s the idea that a boy showing emotion is considered a weakness, a chink in the armour of strength that it’s assumed boys should have. Or that a girl playing with trucks is so socially aberrant that she’s worthy of distinct categorization as a ‘tomboy’. It’s the fact that one of the worst insults you can throw at a little boy is to call him a girl.

Do you believe that people should be hired, paid, and promoted based on the merit of their work, rather than the contents of their underpants?

If so, congratulations. You’re a feminist.