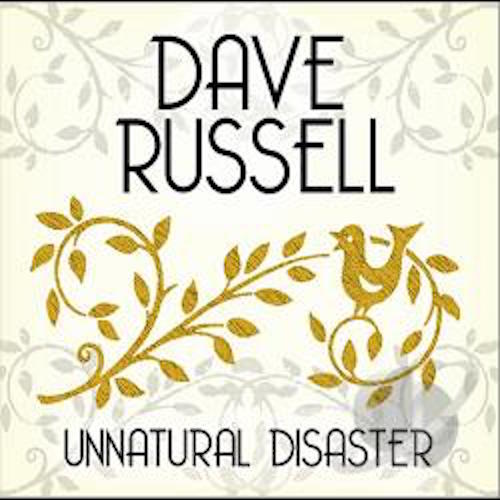 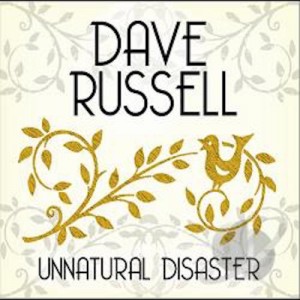 Indie authenticity and country sincerity are quite often combined into mood music thick with pretence, trying too hard to make a point and reaching too far to do so uniquely. Unnatural Disaster defies this tendency. It does not sound indie, nor is it made up of country songs, but sensibilities of both combine on this EP, the first solo release by Dave Russell.

‘Indie’ and ‘country’ are just two of many terms that are flirted with and yet skirted on this record. The production teeters on the line which divides imperfect reality and the perfection of overproduction so often seen in current, heavily effected, over-compressed releases. The sound is clean and open, but never causes the listener to wonder how much post-production was involved in getting it there. There is a certainty that, were you to attend a show, everything would sound just as good live.

The tracks are well ordered, starting with the title track, which not only begins the record but also seems to introduce the singer. It’s the album’s handshake and tipped hat, sitting you down and making you comfortable.

Next is Phadra Phadra, a song which opens and closes with a fragment that sounds as though it could be on loan from The Penguins. On first listen, the intro seems disconnected, tacked on to make a point the song never quite comes around to. When it recapitulates at the end of the song, it seems more at home, finally slipping into a role that didn’t exist three minutes prior. This is the first and perhaps best example of one of the album’s trends: the songs approach like an awkward acquaintance, taking a minute to be recognized as a friend. The first fifteen seconds threaten to be just another folk song, and only when given the benefit of the doubt does the track prove to be more. This may not be the music that walks up to you in a bar and sweeps you off your feet, but it may be the music that ends up getting you down on one knee.

Conventional pop sensibilities return in Listen to Your Heart, the song that by far has the most commercial viability. It is upbeat but not obnoxious, sweet enough to listen to when you’re in love and gentle enough for when you’ve just fallen out of it. It stands in comfortable contrast Rocking Chair, which perhaps has the strongest country influence, with simple instrumentation, layered vocals, and lyrics that are vivd in description and bittersweet in feel.

The album’s closing tracks are a set of surprises. Next Weekend ramps quickly up from a folk song into blues-flavoured rock, with sax and guitar solos that tip their hat to Russell’s musical past with blues-rock group The Tree Streets. The track fades out and makes way for Toys, a song that would insists upon being considered Burlesque Gypsy Folk, were it that such a genre existed. The slow tempo is intoxicating but never drags. The vocals are weighed down somewhat under heavy reverb, and the song seems to continue on one verse longer than it ought to, but as the final seconds approach, you find yourself caught under its spell, drunk on the sound, and thankful for as much as you’ve been given.

The entire EP is a set of surprises, whether in a song that you love more by the end than you anticipated at the beginning, a genre you didn’t expect to stumble into, or the sheer range of styles that seem so at home with one another. Truth be told, this is not the album that will make Dave Russell a household name, but it may be the one that gets him onto your front step.