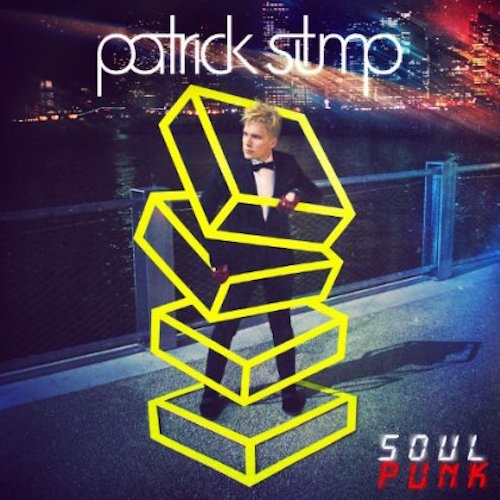 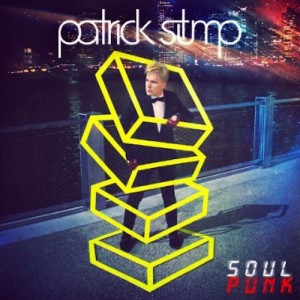 The danger in any album review is bias. Anyone who loves music enough to devote their time not only listening to but also writing about it is bound to have favourites, and runs the risk of talking up an artist whose career they love to the detriment of per-track objectivity.

But what if the artist is embarking on a solo career that is a total departure from the band which brought him or her to fame? Having affection for the original project might actually breed distaste for anything that strays too far. It was with these possibilities in mind that I cautiously hit “play” on Patrick Stump’s Soul Punk.

With Fall Out Boy on hiatus, the frontman’s first solo album finally became available October 18th, 2011, months after its originally intended February date date. It was foreshadowed by his Truant Wave EP and numerous YouTube a cappella cover songs, as well as a promotional video for Explode, the near-onomatopoeic lead track.

Be warned: this is not your teenage daughter’s Patrick Stump.

Stump channels musicians he has cites for years as influences. In danceable musicality he injects heavy doses of Prince, and the attitude behind his vocals, especially in staccato, non-lyrical grunts and breaths, he resurrects Michael Jackson in his prime.

Should you happen to catch a live show, you’ll be greeted by a performance as thoroughly reinvented as the music. T-shirts, hoodies, and jeans have fallen by the wayside in favour of bow ties, fingerless gloves, and even a cape. Moves which were once limited to stamps and pivots half-hidden by a guitar have evolved into frenetic dancing, taking Stump through any open space on the stage. He finally seems to have embraced the role of the charismatic frontman and, better yet, seems to be loving it.

Gone is the bashful post-adolescent kid hiding behind generous sideburns and an extensive hat collection. In his place is a man who portrays far more confidence in his musical abilities and himself.

Stump’s vocal prowess is out in full-force, lush and dense, adding as much harmony to the mix as the lavish synths, and with lyrics at times as percussive as the drums. Lyrics which, it should be noted, are finally his own, and run the gamut from love songs to introspection to social commentary. Add to this a dose of wry humour and you end up with tracks which are as much stories as songs.

A prime example is Allie, which revolves around the initial intimate experiences of an awkward 15 year old boy. The lyrics recall lost naivete through the lens of bittersweet nostalgia, looking back not only on the events, but how they changed the kid in their midst. Musically, the song directs the listener’s focus to the lyrics by stripping a great deal of instrumentation away during verses. It puts the story front and centre, giving you little chance for distraction.

This use of musical space, of stripping away the clutter, is also evident on Everybody Wants Somebody, where the song sometimes seems to have been written in relief, making the silence the music and the music simply a reference point. The technique is especially effective in lieu of the dense instrumentation elsewhere. Run Dry, a song that highlights Stump’s use of humour with lines like “I’m not just drunk, I- I really think I’m in love with you, baby. Okay, I really am just drunk”, doubles in length thanks to an addendum that could be a track all on its own, and then almost a full minute of digital noise that sounds like a twilight bog suffering a lack of bit depth. The album is often so synth-heavy that it seems its author simply sat down, said “I wonder what this does”, and threw the result in for the hell of it. The final product is still musical, but occasionally delves into the excessive.

It would be cliche and in fact inaccurate to say this album is “like nothing else out there”. With sufficient hyphenation and polysyllabic neologisms, one could sort it into a genre. Dance-pop is probably the best succinct contender. It does, however, stand apart as relatively unique in the current musical landscape. Conventional rock instruments are worked into electro-pop arrangements, and tried-and-true song structure is juxtaposed against complex rhythms that at times reduce the downbeat to a mere concept. You aren’t likely to turn on the radio and wonder “is this Patrick Stump?” unless it actually is.

Despite the title, the album as a whole is neither “soul” nor “punk”. The words speak more to influences and modern interpretations than genre sub-types. Neither is it a nod to some evolution of the ‘pop-punk’ genre that has defined Stump’s career thus far, and will likely continue to be attached to future Fall Out Boy projects, if and when they emerge.

The departure is dramatic. Loving Fall Out Boy offers no guarantee that you will love Soul Punk, nor will this album serve as a suitable introduction to the band. Just the same, having never been a Fall Out Boy fan, you may fall deeply in love with Patrick Stump as a solo artist. Thankfully, with as much objectivity as a long-time fan can muster, this reviewer happily loves both.