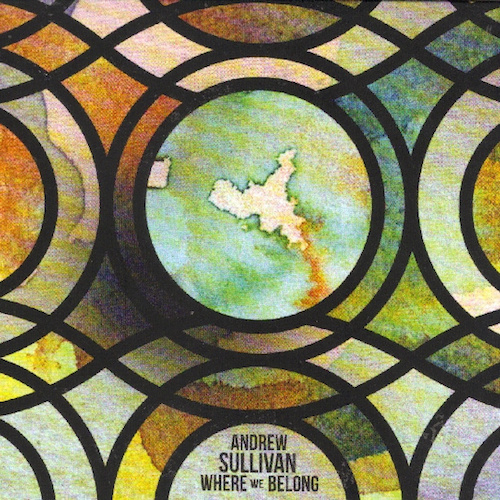 Andrew Sullivan – Where We Belong 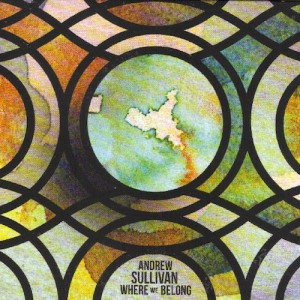 It’s been roughly two years since Andrew Sullivan released Lately, and while his last album showcased his musical abilities, its followup, Where We Belong, is decidedly more about his music. Even as he oscillates from country to blues, from honky tonk to ballad, his voice, both literally and figuratively, is at the fore.

The album opens with Make Sure, a purebred country song begging for radio play. Guitars, strings, and a B-3 organ fill in the sound between the quick-stepping drums and Sullivan’s vocals. Lyrically, the song is all about love. In fact, love seems to be the album’s overarching theme, examined and illuminated from so many sides that it’s hard to imagine the lyrics weren’t penned by a man in the very process of falling.

Even in its more emotive moments, the theme never dips into angst or drama. This isn’t the soundtrack to a teenage prime time soap opera. It’s the backdrop to a warm, southern, summer-beautiful love story, born amidst mosquitos and guitar chords.

While one must appreciate that the simple beauty of love is perhaps best described in equally simple terms, the lyrics at time go a step too far, almost becoming plain. Here and there words seem chosen more to fit a rhyme than anything else, or flirt rather too heavily with well known cliches. Still, there is a sweetness and earnestness about them which staves off any eyes too critical.

The album’s principle ballad is I Will Never Walk Out On You, which promises unwavering devotion, perhaps to the woman described immediately afterwards in the poppy, finger-snapping tune Look Out World. Next up is the title track, which gently swings the beat, and foreshadows the all out blues of Nobody.

The country vibe soon begins to bleed back in, mixing with the blues-rock of This Single Moment, and from there the album winds down, finally kissing listeners goodbye with the bittersweet 28 Days.

On the whole, Where We Belong is a strong, well-rounded offering. The broad range of instruments never feel cluttered, and the various moods and emotions always circle back to the album’s warm, optimistic vibe Andrew Sullivan invites you to listen as he falls in love, and dares you to join him.