The North Head Trail runs from the end of Outer Battery Road to the parking lot next to Cabot Tower at the top of Signal Hill. If you add the distance to the nearest main road or bus stop, you’re looking at about 2km, or 1.25 miles. From sea level (roughly where you start) to Signal Hill is a rise of about 250m, or just over 820 feet.

In late June 2002 I visited Newfoundland for the first time with my mother, looked up at that big-ass hill (which I have always argued ought to be considered a mountain) and told her one day I would get into better shape and hike it.

On 5 August 2002 I moved out there. On 5 August 2008 I moved back to Ontario, having only gone up that hill twice more, both times by the main road and in a car.

Last weekend I spent just over 4 days revisiting my former home, and on 5 August 2012 I hiked up that sonofabitch. According to the clock, it took two and a half hours.

But to me, it took ten years. 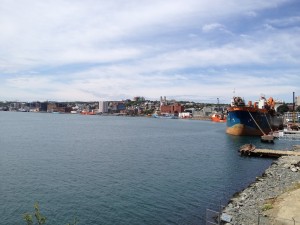 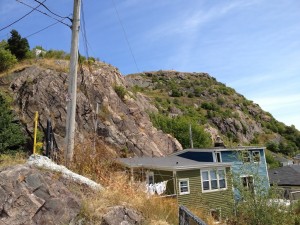 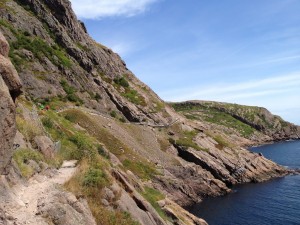 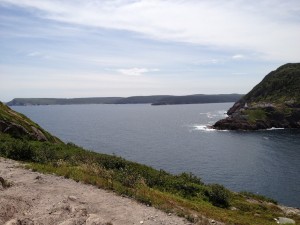 Out of the Narrows and past Freshwater Bay you have (or would have, if I had a wider angle) Cape Spear, the easternmost point of North America.

Cuckolds Cove, named for some unlucky bastard (I assume). 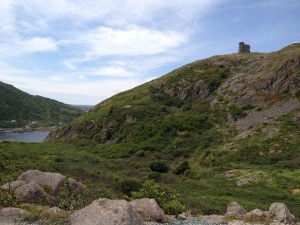 Somewhere through that valley to the left is St. John’s, Newfoundland and Labrador, where I started this hike. Up to the right is Cabot Tower, where I finished it.

Bonus picture: me at Cabot Tower. 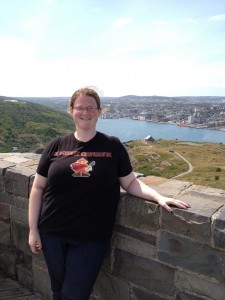 Yes, I look like sunburnt, sweaty hell, but you try making a hike like that and looking “cute” by the end of it. Jerk.

(Repost/reblog the pictures if you will, but please link to or credit me. Kthxbai.)

2 thoughts on “My Everest”