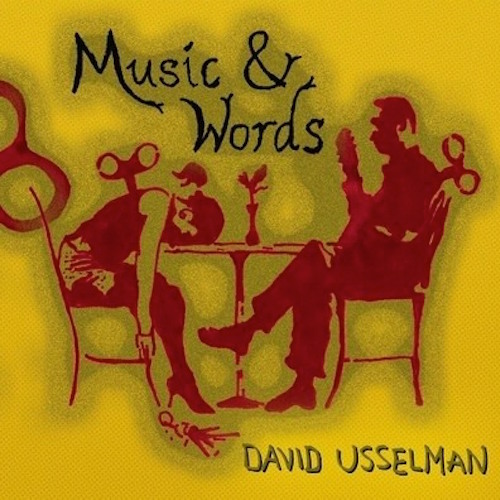 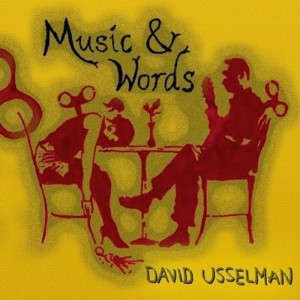 Within the first few seconds of opening track Just One Day, Usselman sets the tone for the entire album. His lyrics create an image any escapist’s heart longs for: the final, impatient day before running off with one’s lover. The off-beat finger snaps heighten the lighthearted vibe of the track, and is an early example of the unique, unexpected, yet always appropriate production choices that permeate the album.

The album’s title track includes another unusual choice: a hip hop breakdown. It’s an impressive twist on what is essentially a folk-pop track, and yet it sits perfectly alongside the vaguely funky beat. The instrumentation is clean, creating a open feel. However, the sparse instrumentation and lyrically intensive hip hop cameo highlight the one notable weakness of the record: the lyrics. Rhymes feel forced to fit, and some emotions are expressed through phrases which precariously straddle the line between simple and simplistic. On an album entitled “Music & Words”, one would expect both to have been gone over with a fine toothed editorial comb.

Conversely, the most interesting and skillfully executed aspect of the album is its ability to maintain its optimism even as it slips into heavier emotions. The next two tracks, Sittin’ in the Dark and I’m Not at Home bring in bittersweet and even angry tones without sacrificing the positive cohesion introduced in the first two tracks. The latter is perhaps the most unique track on the album. It might be the perfect musical representation of what anger feels like to happy people, taking cues from funk and reggae to cordially send off a broken relationship with just the faintest hint of an “eff you”.

The album snaps back to untempered happiness with its closing track. Alone (Stop Acting so Crazy) is the most blatantly upbeat song on the album, its saccharine sweetness at times almost overwhelming. Even the music itself points upwards, modulating — twice — and almost leaving Usselman’s range. And yet, it works.

In fact, it works for the same reason the entire album seems to work: its honesty. Nothing about the album is forced. The unusual choices in instrumentation and influence work so well because they aren’t gimmicks or tools, they are simply the most fitting way for David Usselman to get himself into a track, and from there bubble up into listeners’ ears on waves of funky folk-pop.