Fan Expo: Good for the Geek, Bad for the Budget

This past weekend was Fan Expo. I’d like to say right off the top that it’s a good thing I already tackled my issues with crowds. 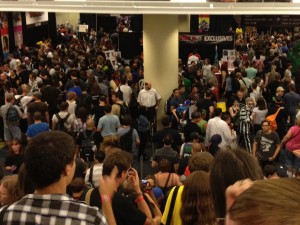 Over four days, I…

I also walked seemingly endless aisles of art, props, posters, action figures, and shirts. I saw people dressed up as everything from Donna Noble to a Lolita version of Caption America. I unabashedly fangirled, squee’d, and flailed knowing that I was surrounded on all sides by people who understood. 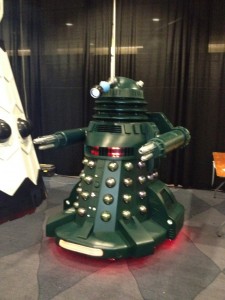 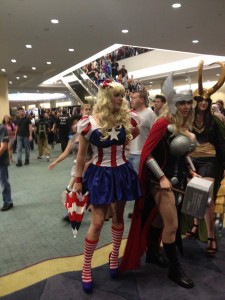 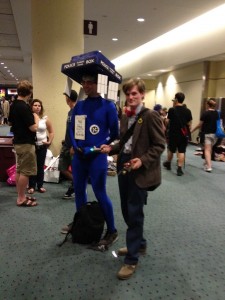 I also did unkind things to my bank account, which brings me to my blog proper.

The combined price of a four-day Fan Expo pass, the aforementioned purchases, overpriced lunches, and a few autographs is more than I care to mention. I maintain that the experience was worth every penny, but objectively speaking, it was an ass-tonne of pennies.

Fortunately, like Christmas, Fan Expo comes but once a year. However, my determination to stay on budget wavers on a regular basis. My biggest weakness is music, whether in the form of concerts, CDs, or donating to artists who are attempting to raise funds for projects or equipment.

Over the past few decades, living with (or on) credit has become the norm. Modern mortgages have been around for less than a century (and initially financed only 50% of the purchase price, amortized over 5 years or less). Student loans have only been broadly available since the 1960s. The idea of leasing a car is younger than I am. And yet, most people of my generation can hardly imagine a life without some form of consumer debt.

And debt I have.

Thanks to insurance, I am worth more dead than alive. In fact, as long as I am alive, my debts outweigh my assets to the extent that I am not just worthless, I am in fact worth less than nothing. So that sucks.

A few months ago I tried to tackle this problem by taking on a second job. Unfortunately, because of my spending habits, I haven’t gotten as far ahead as I’d like, and the job only runs until September. I recently moved to a new position at work which came with a modest (though still appreciated) pay increase and the promise of forthcoming benefits, but my budget still borders on unrealistically restrictive. I find myself frequently turning to my line of credit, or whittling away at my savings.

At this point, I can’t seem to manage my money on willpower alone, so I’ve decided to take the more drastic measure of removing my preferred crutches as options.

I went to the bank and had a hold placed on both my line of credit and savings account. I can still put money in, but to get any out I’ll have to go into the bank and have the holds removed. In an emergency I’ll still have access, but on a Wednesday evening when I’m craving a new CD, I won’t.

I’ve rewritten my budget to match my new paycheque, and now I’ll have no choice but to stick to it. I’ll take cash out on payday and leave my plastic at home. It’ll be one hell of an adjustment, but it’s one I need to make. There’s nothing wrong with wanting a want, unless it leaves you lacking a need.